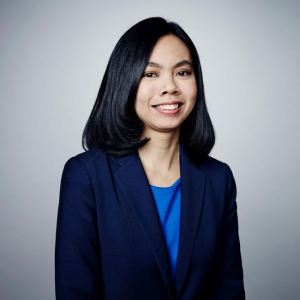 Leezel is the Senior Multi-Platform editor at CNNMoney. She leads the CNNMoney digital war room and oversees the presentation and packaging of CNNMoney multimedia editorial content across desktop, mobile and social. She has helped to build proprietary tools such as the social metric SURGE, which the newsroom has used to inform coverage and programming. She previously worked at CBSNews.com, VICENews, NowThis, ABCNews.com, KCBS/KCAL and The Press-Enterprise newspaper in Southern California. Leezel is an active member of the Asian American Journalists Association and the Online News Association. She graduated with a bachelor’s degree from Loyola Marymount University and received her master’s degree from the University of California, Los Angeles.

At the beginning of the 2015, what started out as a concept, became a reality — a proprietary CNNMoney social metric called “SURGE,” which indicates what’s going viral. I led the team (which consisted of data analyst Ally Tubis and developer Helen Shen) that created the SURGE metric. We had a concept in mind, went to the F8 developers conference in March 2015 and launched the metric in June 2015. By the summer, the SURGE icon was on every story that reached a certain threshold. My digital War Room team uses this metric to measure what content goes viral in real-time, learn about what type of stories/topics do well on our Facebook page — which helps in our overall programming strategy. It is both an editorial tool and something that can be monetized. We are now in the process of tweaking the formula to include other social APIs.