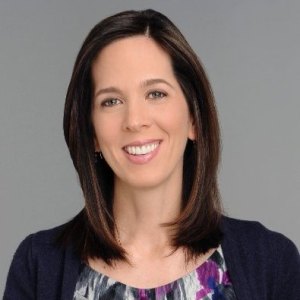 Kelly is the Executive Director of Special Editorial Projects at The New York Times. Her most recent project was NYT VR. She was also the product lead on the redesign of The New York Times Magazine, the launch of the Women in the World and of The Upshot. Kelly has over 15 years experience in digital media leading the development of online programming and products at major media organizations including Condé Nast, MTV Networks and Martha Stewart Living Omnimedia. Kelly has an impressive track record of devising strategy and developing products that drive audience growth and engagement. She is passionate about her work and is particularly excited about projects at the intersection between editorial and product.

I was the product and operational lead on NYT VR , The New York TImes’ recently launched virtual reality platform. I lead a cross-functional team across departments including editorial, advertising, design, product, marketing, communications and audience development to launch this new platform. The launch elements included the NYT VR app (for iOS and Android), “The Displaced” VR film, the NYT VR web presence and distribution of over 1 million Google Cardboard viewers to New York Times home delivery subscribers. The app received more downloads during its launch week than any app in Times history. It was widely hailed as major innovation for The Times and as an important milestone in bringing virtual reality to the mainstream. It received an outpouring of positive response on social media and in the press.