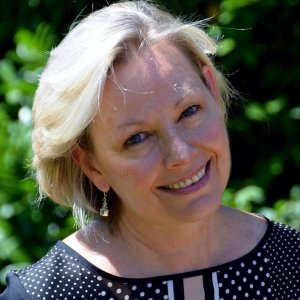 Katie is a writer, editor and digital media executive whose more than 20-year career includes work as a foreign correspondent, documentary producer, digital media strategist and journalism professor. Katie is currently responsible for editorial strategy and quality for MSN UK’s ad-funded content solutions, as well as overall leadership for the editorial team’s training and professional development.

She spent 16 years of her career at Reuters, where she worked in posts including Chief Correspondent in Mexico, Central America, Panama and Chief Correspondent Brazil, covering the 1989 U.S. invasion of Panama and the 1992 Carandiru prison massacre in Sao Paulo. In 1993 she was awarded a Nieman Fellowship to study the impact of technology on journalism and became a digital publishing pioneer at Reuters, launching the company’s first daily multimedia news publication in the fall of 1994. As Senior Vice President for Reuters Global General News, she later developed multimedia Internet and mobile products, working with Reuters’ clients such as Yahoo!, MSNBC.com, AOL and The New York Times.

Katie has also worked as a consultant for a number of Washington, D.C.-based companies and organizations and was a digital media strategist for two years with the U.S.-based Marsteller Interactive division of the global communications firm Burson-Marsteller. She taught as an adjunct professor of journalism at The George Washington University’s School of Media and Public Affairs and is founding co-chair of the International Committee of the Online News Association. Katie serves as an at-large Committee member of the Knight International Journalism Fellowship and has worked as a journalism trainer for the Committee of Concerned Journalists since 2002. She is a member of the advisory board of the Nieman Foundation for Journalists at Harvard University.