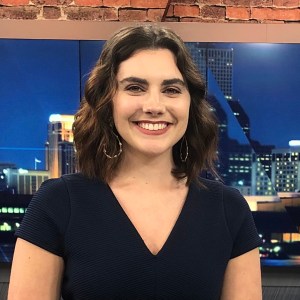 Jillian Oddo was born and raised in Tampa, FL. Currently, Jillian is a junior at Loyola University New Orleans. Jillian was a student reporter in the ONA Student Newsroom for the 2019 ONA Conference. Jillian has spent her first two years as a sports reporter for Loyola’s award-winning newspaper, The Maroon. Jillian has produced and anchored Loyola’s weekly sportscast, The Wolf Pack Wrap Up and The Maroon Minute. After working closely with my sports editor and professors, I realized my love for talking to people and getting to know their unique story. When I interned at WDSU-TV, Jillian found out quickly that the fast-paced newsroom was where she needed to be. In her free time, she is practicing her dance moves in the gym. Jillian has been dancing her whole life, and this is her third year on Loyola’s Competitive Dance Team.

Growing up Jillian’s dad and brother were sports fanatics they would always have the TV on ESPN, and that is how her love for sports began. Every team and every player has a story to tell and she looks forward to sharing these stories with the rest of the world through my love of storytelling. I am a huge hockey fan and I love my hometown team, Tampa Bay Lightning. After graduation, I hope to become a sports reporter for a hockey team.