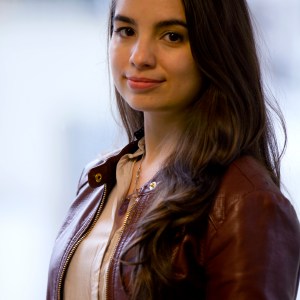 Isadora Varejão is an engagement producer at Retro Report (NYC), where she creates and executes projects that connect the organization with existing and new audiences. She is a graduate of the Social Journalism program (renamed Engagement Journalism) at the Craig Newmark Graduate School of Journalism at CUNY. There, she developed the Women Against Violence Experiment (W.A.V.E.), a multidisciplinary platform that brings information about domestic violence to immigrants through a chatbot and an interactive play. For that work, she received an award from grassroot organization Garra BR in 2020, the “Woman With Garra Award.” Isadora began her career as a general assignment reporter at local radio stations Super Radio Tupi and Bandnews in her hometown of Rio de Janeiro, Brazil. She also worked as a freelancer, science writer for the Brazilian Ministry of Health, and international communications advisor to the Rio de Janeiro Mayor’s Office during the 2014 World Cup.