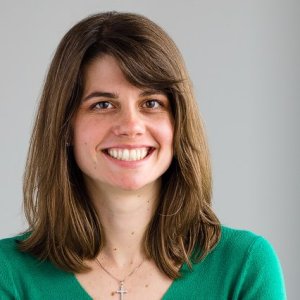 A journalist turned developer, Heather has been experimenting with new forms of storytelling since she picked up her dad’s camcorder in the early ’90s. She is passionate about giving people the tools they need to find and tell stories effectively. During her time on the news apps team at the Chicago Tribune, she built web apps, designed compelling story pages, wrote product road maps and broke down data for easier public consumption. Now, at the Knight Lab, she mentors students and works on apps for journalists. Heather is a generalist who knows a successful digital story has equally strong UX, engineering and storytelling components. She’s dedicated to supporting her teammates and helping them execute well. Sometimes, that looks like more like project management than programming. Sometimes, it looks like baking cookies. Heather lives in Chicago with her nerdy software engineer husband, Drew, and their cat, Sinbad. She misses California winters.

Tarbell seeks to make publishing static sites easy with only a small amount of knowledge. Named after legendary journalist Ida Tarbell, it is the result of seeking a simple way to help non-programmers tell engaging stories online. At the Chicago Tribune, our team would often receive requests for designing special visual treatments for a page. Our CMS didn’t offer much flexibility, so any special projects needed to be hosted on Amazon. Even though some people in the newsroom had some degree of web-making savvy, the barrier to entry (and the potential for disaster) was far too high. Tarbell’s structure makes it incredibly easy for anyone to open-source his “blueprint,” the part of the code that governs the layout and look of the story. Because Tarbell is powered by Google spreadsheets, it also lowers the barrier to entry for editors and reporters without a web production background.