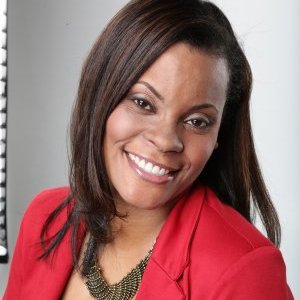 Geneen is a multimedia professional with experience in television, radio and digital production and content management. She’s a veteran of Oprah Radio, The Oprah Winfrey Show, FM News Chicago, WVON-AM, CBS Radio/WBBM Newsradio 780 and CLTV. She’s a Chicago native and a graduate of the University of Illinois at Urbana-Champaign. She is a strategically savvy media guru known for being able to keep the vision in focus, even in the midst of chaos. As a product of a large family, Geneen understands teamwork and the value of creating a team and bringing out the best in everyone to produce the optimum results. When she isn’t working, she enjoys spending time with her family, shopping and traveling. Her fondness for “all things sweet” verges on obsession. Geneen lives by one of her favorite quotes, “There is no such thing as luck. Luck is just preparation meeting opportunity” – Oprah Winfrey

This is Rivet is a collage of some of the best work produced at Rivet over the last year. Rivet Radio is a startup devoted to reinventing radio news for a digital world. Late in 2013, Rivet launched from a small, makeshift radio space in the shadow of Chicago’s tallest building, Willis Tower. Rivet is a team of fresh talent and experienced veterans from the broadcast, online and print worlds — teaching and learning from one another to create a new approach to audio journalism. In 2014, this dedicated group undertook its mission in earnest: To create discrete news stories and newscasts around the clock — to be played through Rivet’s distribution network, including its smartphone apps; in-vehicle audio entertainment centers and, through Rivet’s partnership with InterCall (the world’s largest conference and collaborations service provider), during “dwell time” for business people awaiting the start of conference calls. Rivet was honored with the Chicago Headline Club’s 2013 Lisagor Award for Best Online Startup.