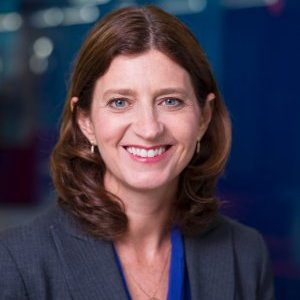 Rebecca Blumenstein is Deputy Editor-in-Chief of The Wall Street Journal. Previously, she was Page One Editor, Managing Editor for WSJ.com and foreign editor. As China bureau chief in Beijing from 2005-2009, she led the team that won the Pulitzer Prize for International Reporting in 2007. She started for the Journal in 1995 in the Detroit bureau, covering General Motors, and previously worked at Newsday, Gannett Newspapers and The Tampa Tribune. A graduate of the University of Michigan, she was Editor-in-Chief of the Michigan Daily. A mother of three, she was named a Henry Crown Fellow at the Aspen Institute in 2009. Her husband, Alan Paul, wrote a book about his experience moving their family to China for his wife’s job called “Big in China.” They live in Maplewood, NJ.