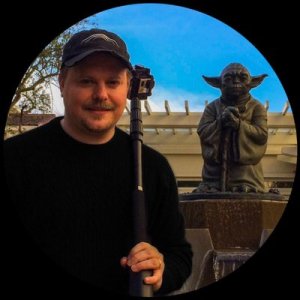 Matthew is an immersive content producer and consultant for the 360° Video, VR and fulldome (immersive theater) industries. He is continuously on the leading edge of tech, helping clients tell their stories in unique ways.

Matthew began working in immersive media at the Adler Planetarium in 1998 producing content for the world’s first digital planetarium. During his time there he was promoted from Artist to Technical Director then to Producer / Director of Digital Design. In 2007 he founded Dome3D with the initial vision of creating 3D models and animations along with offering consulting and production training for planetarium domes and museums. In 2012 Dome3D expanded into VR / 360° video production, sales and consulting and began working on a variety of ground breaking projects. Matthew became an authorized fulldome production trainer for Evans & Sutherland in 2008 and a certified Kolor Academy (GoPro) 360° video instructor in 2015 and a Journalism 360 Ambassador in 2017.