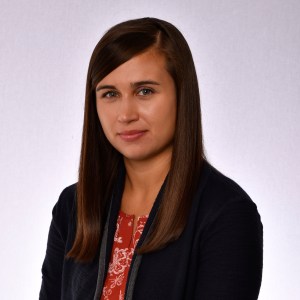 Caroline Bauman connects Chalkbeat with its readers as the community engagement strategist. She previously served as Chalkbeat Tennessee’s community editor and reported on the state-run Achievement School District. She first came to Chalkbeat as a reporting intern. Bauman has a master’s degree from the University of Missouri as a Thurgood Marshall Fellow, and you can find her bylines in the Kansas City Star and Financial Times.

Two years ago, I was helping launch Chalkbeat’s first source audit, to hold ourselves accountable to our goals of equity and inclusion. While looking for examples of similar projects, I realized a problem: while many media organizations are trying to do this work, we are all doing it in silos, and starting from scratch each time.

With the help of our then-editor-in-chief and a working group of Chalkbeat’s Diversity, Equity, Inclusion, and Belonging committee — I embarked on a source audit of two popular recurring features. We worked with editors to change practices and continued auditing proactively. A year later, we found we had increased the share of Black and Hispanic/Latina(o) voices.

Chalkbeat wanted to expand this audit to our larger body of journalism, but we had another problem: it’s a big ask to make of our journalists, given how time-consuming the work is. At the same time, I was settling into my role as community engagement strategist and launching crowdsourcing projects to elevate students, teachers, and parents in our journalism. I wanted to create a better system for storing sources from these projects with a priority on diversity.

During a brainstorming session with editor-in-chief Bene Cipolla, I had a breakthrough: Could all of these problems have one solution?

This was around the time of ONA Everywhere last year. I signed up for a networking session with the Reynolds Journalism Institute and learned about their innovation grants — leading to a second breakthrough: This project idea was a huge one for Chalkbeat to pull off, but RJI could help.

I pitched the project formally to RJI, got accepted, and began the first phase in March: the audit of the audits. With the help of RJI students, I’ve heard from 55+ journalists involved in source tracking and I’ll publish our findings from those conversations this spring.

Over the next year, I’ll continue working with RJI to build a system of source diversity tracking and a diverse-source database for Chalkbeat. Our goal is to create a free and accessible blueprint for any other newsroom that wants to copy it.

Source auditing will not solve all of journalism’s inclusion and diversity woes, but it is a crucial step in the right direction. We have to develop better systems to keep track of whose voices and perspectives we’re elevating. Over the past two years, I’ve seen progress at Chalkbeat from auditing just a small slice of our journalism. I believe large-scale audits across the industry — and good systems for using those audits — would make a radical difference. Since this project launched in March, I’ve learned firsthand how difficult it is to build a lasting and functioning auditing system. I believe we can build something better at Chalkbeat, and that this project will help eliminate barriers preventing other newsrooms from tackling this work.