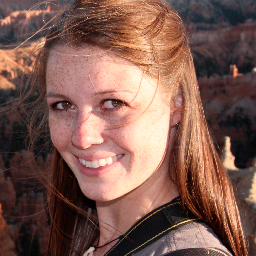 When Ashley was selected to be an MJ Bear fellow, she was a freelance journalist.

Ashley graduated from Stanford University with a Bachelor of Arts degree in International Relations with Honors in International Security Studies. While a student, she studied language and foreign policy in Amman, Jordan and Istanbul, Turkey. Prior to joining Fair Observer, a crowd-sourced media platform where she edits and writes analyses of Middle Eastern issues, she worked for the National Consortium for the Study of Terrorism and Responses to Terrorism in College Park, Md. She speaks Arabic and French.

In November 2012, Ashley launched Beyond the Bombs, a site that focuses on the people and cultures of the Middle East/North Africa region. An experience with an Iraqi refugee family in Jordon inspired her passion to build “cross-cultural understanding”. “Our conversation inevitably touched on the war, and yet we built a friendship that transcended the contentious relationship between our nations and rested on our willingness to accept each other as human beings.

“I see myself as a storyteller and a mediator — one who hopes to open people’s eyes to the beauty, wonder, and diversity in our world and help them recognize the common humanity that we share,” she said.

Her language professor at Stanford said, “Ashley immediately stood out in class for her intelligence, analytical thinking, sense of humor and her unequaled love for languages and world cultures.

The MJ Bear Fellowship Selection Committee said: “She’s an entrepreneurial content strategist. Her plan to focus her storytelling skills on a deserving region of conflict is worthy unto itself, but Ashley wisely plans to supplement the journalism with approaches sure to extend its impact. Supplemental to the ‘Beyond the Bombs’ website, her ideas for a film could give added exposure on TV, and items from the region seem to have more merit than selling plastic yellow bracelets. This multifaceted approach is one to watch — and so is she.”

What does the MJ Bear Fellowship Mean?