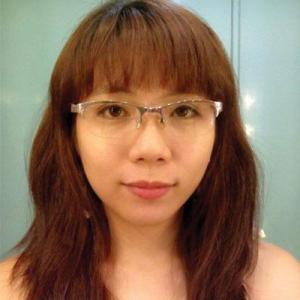 When Armie was selected to be an MJ Bear fellow, she was Assistant Content Editor, Multimedia Journalist at Sun.Star Publishing, Cebu City, Philippines.

Armie received her diploma in Multimedia Journalism from Ateneo de Manila University, Quezon City, Philippines. While in college, she started working for Sun.Star Publishing, where she now serves as assistant content editor. Also while in college, she was a segment producer for a TV channel that focused on personal finance and self improvement and a news writer and anchor for a radio station.

At Sun.Star, she writes, edits and produces multimedia stories and manages three microsites. She also spearheaded and manages a summer vacation media campaign on Facebook and devised the company’s social media strategy.

Armie has produced a short-form multimedia project called “Dancesport sa Barangay” (Dancesport in the Village), which is a free dance training program for out-of-school underprivileged youth that has won more than 1,200 medals in competitions throughout the world

“An online journalist is needed to play the role of a well-informed gatekeeper on top of being a watchdog of democracy – an authority in reporting double checked facts online,” said Armie of her work. “I want to be actively part of this changing communication landscape, most especially in my country.”

Armie’s editor at Sun.Star said she “plays an important role in our multimedia and social media endeavors acting as reporter or news anchor in our webcasts, producer of video or multimedia reports, and trainer in production work to fellow editors.”

The selection committee said: “This video heartwarmingly showcases a slice of real life in the Philippines not readily seen by the outside world. It’s documentary-like approach is full of color, hope and impact that creates a personal, even intimate, connection between the individuals on the screen and the viewers watching. Armie’s storytelling instincts shine through powerfully in the digital space. The subject here is dance, but it is also a touching exploration of a facet of the human condition.”

What does the MJ Bear Fellowship Mean?