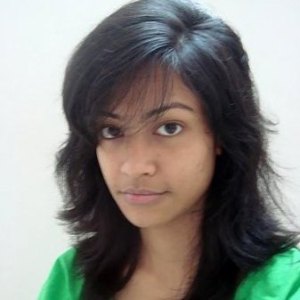 Sohara and her team have developed an app called Newstant that allows users to download news content to a smartphone and then read or listen to it offline. She explained that this is important in Bangladesh because, while a large number of users have Android smartphones, wi-fi connectivity is sparse. Newstant categorizes news and allows users to customize it based on their preference and prior browsing habits. It also can convert text to speech so that users can listen to it hands free while driving or working, and it has an incident map to keep track of area specific information.

“Over the last three years of my work as a journalist, I realized that the future of news was online, and in order to ensure viability of news media, it was important to create novel ways of presenting news and make it more accessible to those who may fall outside the reach of traditional print media,” she said. “With the app Newstant, I aim to convey the latest news updates to the farthest corners of my country and to people of all echelons of society.

“I want to give different types of people the kind of news that’s most relevant to them, at their fingertips. I want the overnight truck driver to be able to hear news through Newstant’s text to speech feature and the youth to have social media aggregated news on their favorite sports teams or tv shows, to give a few examples. I envision a future where not only will people’s options and accessibility of digital news improve, but also where journalists can thrive in the digital sphere through platforms such as mine.”

The MJ Bear Fellowship Selection Committee said: “Sohara has developed an app that allows users to download news and then sort and access it offline. This is doubly important because she lives in a country, Bangladesh, with limited wireless access. Her work is creative and unique, and provides a vital service helping people throughout her country stay informed.”

Said Sohara’s recommender, Zafar Sobhan, her former editor at the Dhaka Tribune: “She is particularly proficient in using digital technology for journalism and strives to learn more about effective storytelling in print and digital media, taking various trainings on her own initiative. Her achievements, caliber and drive are clear indications of a bright future in digital journalism.”

In addition to her work as co-founder of Newstant, Sohara writes freelance for various national and international outlets including the Thomson Reuters Foundation and the Dhaka Tribune where she previously worked as a sub editor and feature writer. She also works for the climate change team at the United Nations Development Programme (UNDP) Bangladesh. Sohara is serving as the Vice Curator of the Dhaka Hub of Global Shapers Community, a network of hubs developed and led by young people who are exceptional in their potential, their achievements and their drive to make a contribution to their communities. She also leads the South Asia hub of Climate Tracker, providing support to youth journalists and climate activists.

She received a Bachelor of Arts degree in Political Science from Yale University. While she was a student, she also studied Southeast Asian Urban Development at the National University of Singapore and Foreign Policy Analysis at the University of Cambridge in the UK.

Sohara recently was awarded the South Asia Media Fellowship by the Asia Pacific Network (APN) to report on climate change and food security, and last year she was awarded the Climate Tracker Youth Fellowship to cover COP 21, the UN Climate Change conference.