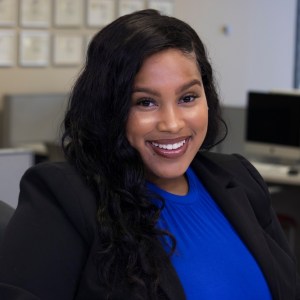 Skye Ray is a senior Journalism major at Loyola University New Orleans. She is an active contributor to her school’s award-winning newspaper, “The Maroon”, where she writes, produces, reports, and anchors on both local and campus news. Outside of Loyola, she works as an Assignment Assistant at WWL-TV, the CBS affiliate in New Orleans. In addition, Skye previously interned at WDSU, the NBC affiliate in New Orleans and WMAR-TV, the ABC affiliate in Baltimore as a teen reporter. She also reported for NOLA.com where she covered live Mardi Gras parades.

In 2018, Skye founded Loyola University New Orleans’ chapter for the National Association of Black Journalists where she currently serves as president. She is an active member of the Radio Television Digital News Association, the National Association of Black Journalists, and the Society of Professional Journalists. Outside the newsroom, you can find her traveling, cooking, and visiting art museums. Skye is interested in reporting on various subjects including, but not limited to social justice, music, and food.