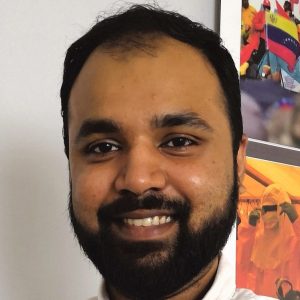 A visual data journalist with BBC News, South Asia, Shadam headed a team of five that created a website covering the 2019 India elections in 11 languages and personalizing the experience for its readers by going beyond the traditional narratives. The project included an interactive inflation calculator in six languages, a six-language dashboard that tracked and fact-checked the more than 350 promises made by the country’s ruling party members when they were elected in 2014, and a dashboard providing live election results in 11 languages simultaneously.