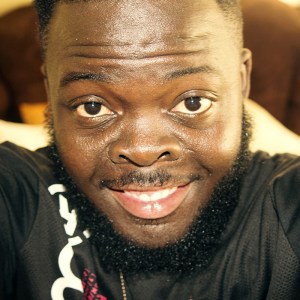 Nigel created Cultural Expressions, a series of 30-minute weekly audio-visual podcasts that focus on Zimbabwe’s cultural heritage practices and beliefs, some of which are controversial, such as bride pricing, child marriage and female genital mutilation.

The podcasts involve a female moderator interviewing knowledgeable women, men and young people from urban and rural communities who have experienced or understand the practices.

conversations on intangible cultural heritage and its effects on contemporary society,” Nigel said. “While challenging harmful traditional practices on one hand, the podcast equally engenders understanding and pride in local cultural heritage.“

In addition to YouTube screenings, the podcasts have been screened in a rural area of Zimbabwe in an effort to create safe discussion spaces on some controversial practices.

“Rural and urban communities are faced with harmful traditional practices,” Nigel said. “The podcast emerges as a safe space to initiate dialogue towards conflict resolution and helps rural communities set the media agenda of issues affecting them.

“The project moves digital journalism forward because it bridges the media gap between urban, peri-urban and rural areas and it moves and showcases stories and topics which most of the times are not pushed by the mainstream traditional media,” Nigel explained.

The MJ Bear Fellowship Selection Committee said, “Nigel has gone beyond the traditional audio-only podcast, and produced a series of nicely filmed and engaging video interviews focusing on important, and often controversial subjects. Beyond his technical expertise, we admired his mission to explain his country’s cultural traditions.”

Said his recommender Nigel Munyati, founder and executive director of the Zimbabwe International Film Festival: “I have watched Nigel grow professionally as a highly creative filmmaker, digital online artist, entrepreneur…He has shown great aptitude as a visual artist since the age of 13 and then progressing to performing arts as a screenplay writer at the age of 16, and film (shorts and digital pop music) production by the time he was 20.”

Nigel is the founder of Aicon Media, a startup that produces news, video and audio content for its customers. Previously, he was a film, video editor and script writer for Urbanculxure.com, brand manager/Social Media Manager and freelance blogger for Kalabash media and Open Parly Zimbabwe and social media consultant for Ibhayisikhopo Film Projects and Divine Pro Skin Care. Nigel also has served as first assistant director and director for several short films.

Nigel is a graduate of Zimbabwe Open University where he received a Bachelor of Arts Degree in Media Studies.