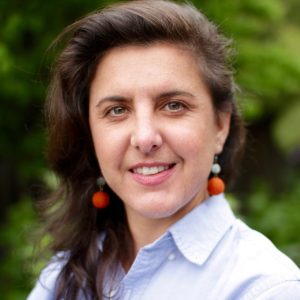 Madeleine Bair is an award-winning journalist and media developer. For the past decade, her work has straddled the intersection of human rights, citizen journalism, and community organizing, with the goal of equipping community members to tell impactful stories on issues affecting them.

Madeleine is the founder of El Tímpano, a Spanish-language reporting lab designed in collaboration with Oakland’s Latinx and Mayan immigrants, described as an “outstanding innovation model” in the 2019 Latino News Media report. Madeleine has taught radio production to teenagers, worked on a morning show at Chicago Public Radio, produced multimedia for Human Rights Watch, and collaborated with media activists from around the world. Her stories have appeared in the Washington Post, San Francisco Chronicle, and Colorlines, and broadcast on public media programs including PRI’s The World and Independent Lens. She lives in Oakland where she is raising a kid alongside her partner and two sets of grandparents.