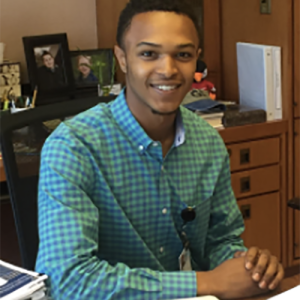 ​For as long as I can remember, storytelling has been one of my greatest passions. As a child, I admired the stories produced by my local news station, KRON-4. Every package was a compelling story that had me on the edge of my seat. I sat beneath the television in utter amazement, looking at the screen, while wondering, “Wow! Could that be me some day?” Ten years later, I began to take the steps to make my dream for a career in journalism into a reality.

​Today, I am a mass communication major at Xavier University of Louisiana, and my strong interest in reporting and journalism is still strong. Initially, I felt like a fish out of water when I arrived from the West Coast to New Orleans. From the diversity of the Bay Area, to the civic education that I was about to face at a historically black university, I was unsure of what was to come. When I found my college’s newspaper, The Xavier Herald, I encountered journalism as an outlet to find out who I am and how I could pursue a meaningful career.