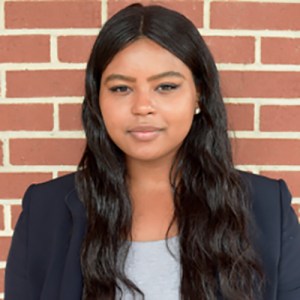 My name is Angelique Fullwood and I’m a senior broadcast journalism major at Florida A&M University with a minor in political science from Tampa, Florida. I currently serve as the Editor-in-Chief of Journey Magazine, FAMU’s award winning magazine and recently produced, directed, and edited my first documentary. My interests in journalism and politics go back as long as I can remember. My first article ever published was for a local magazine when I was in the sixth grade. I’ve always been curious about how people formed their opinions on social issues and most importantly how public perception translates into real changes being made in our communities. Inspired by Ida. B Wells, I decided to pursue journalism.

Before becoming the EIC at Journey, I was the executive editor of my community college newspaper, The Talon. Prior to being a news editor I traveled to places like Ferguson, Chicago, New York, Philadelphia, Valdosta, and New Orleans as a grassroots community organizer. After conducting interviews with people in disadvantaged communities, many who are low wage workers or black and Latino immigrants, I realized how many powerful stories there are to be told, especially in the current political climate.