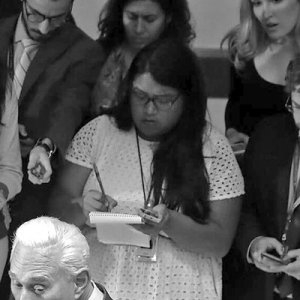 Jessica Estepa is a political journalist and a longtime ONA volunteer based in Washington, D.C.

Her involvement with ONA began when she helped cover her first ONA conference as part of the student newsroom while she was a student at the University of Nevada, Reno. She became involved with organizing ONA DC in 2012.