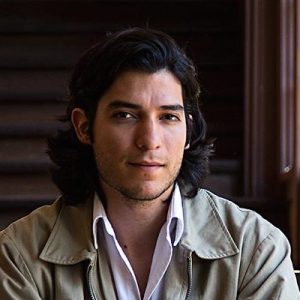 Erik is a visual journalist who wears different hats. Some days he takes photos, other days he’s in front of the computer programming and other days, well, he’ll just put on his boots and dance.

Erik is a native of South Texas and a first-generation Mexican-American. He grew up listening to Norteño music and playing bass guitar. He became interested in journalism after his grandfather’s passing, when his cousin wrote a piece about their family for the San Antonio Express-News. The photos featured in that piece inspired Erik to pursue photography. He earned his Bachelors of Journalism in Photojournalism from the University of Texas at Austin in 2010. At the most basic level, I will create a web-based news package template generator.

The first phase will incorporate a drag-and-drop feature using HTML snippets that will allow the user to build news packages. The CSS for the snippets will be customizable through preset forms and users will be able to preview all of their changes on the site. My inspiration for the project came from my own experience in attempting to learn how to code and build packages.

I’ve used resources like CodePen and GitHub for inspiration and sometimes the snippets and libraries you can find there, while extremely helpful, are restrictive because they are already a finished product. Unless you already know how to code, of course, then it’s just a matter of hacking the project.

The second phase would allow users to create a profile where they could save their templates and share them with the online community. This phase would adopt a GitHub mentality, allowing users to fork snippets from other users and implement them into the templates.

The ultimate is to provide a programming resource to beginners. And as users become more adept with the fundamentals of programming, there will be added functionality allowing them to code their own snippets — for example, adding loops to video or parallax to separate sections.

The biggest key here is leveraging the power of open source collaboration. Future goals will include reaching out to developers working on innovative projects and interviewing them about the process behind project inception, workflow and their own design inspirations. That’s a great question. To be honest I haven’t given it much thought. It’s just one of those things where you know it’s what you want to do. The community that is embracing online media is inspiring. Why do you describe yourself as a visual journalist who wears different hats?

Well I’ve worked with photography, video and production and now I’m more on the online side of things. That’s pretty much what I meant but I’ll add that while I worked for the San Antonio Business Journal, I actually did wear hats while working. I think the newsroom appreciated that was attempting to inject some levity to daily grind — either that or they thought I was weird.

I started out working as a web producer at the Daily Texan, the University of Texas school newspaper. I tried joining the photo department but that never happened so I went for the next opportunity. No one really looked to spend their time uploading content online in the late hours after all the edits were done to the print edition. So I learned HTML and CSS to try to push the boundaries of how our typical stories were framed online. After graduating, I began to invest more time into code so I spent a lot of time Google-searching free resources. It wasn’t easy to learn and the real pain came when I tried to learn JavaScript. Lucky for me, Robert Hernandez, the professor from USC (and ONA Board member), started the Learn Code For Journalism With Me project and I joined up. The idea there was to have a group of five or six working through the Codecademy JavaScript lessons. So once a week I spent a few hours learning the basic concepts behind JavaScript. Now that I am at the graduate school I am able to work with Jeremy Rue, who teaches programming. We brainstorm ideas for packages or just share resources and cool ideas. But most of my experience has been on a do-it-yourself level, which can be incredibly frustrating but equally rewarding.

Your project will attempt to ease the pain of learning programming. How do you plan to do that?

It won’t exactly ease the pain of learning programming. It will ease the pain of putting together a template for a package. But I hope that by working with the project, the user will to start to see how the different snippets of code fit within the hierarchy of code and how they relate to CSS. I think in that way, it can help mitigate how daunting the idea of programming is. It’s the Legos that make up the website.

You’re active with the National Association of Hispanic Journalists. How important is diversity on the coding and developing side of journalism?

Well, diversity is important in all aspects of journalism. There needs to be more attention paid to different cultures and the nuances behind each of them. That’s where diversity is key. You might have a team member who is more in tune with those nuances and able to suggest more effective and responsible ways of telling the story. It’s not a one-size-fits-all kind of deal. I think we need to tailor the news accordingly. In terms of accessibility, I think that having a diverse group of programmers can shed light in terms of effective delivery to all groups of readers.

You recently participated in the PBS/POV Hackathon 3. Sounds fun. What was your participation in the event?

I served as a developer on a project called “Return To Elwha.” The filmmaker I worked with was actually Jason Jaacks, another student here at the graduate program. He’s spent considerable time filming the demolition of the dams in the Elwha River in Washington. Those dams decimated the salmon population that lived there. By removing the dams, it is hoped that the salmon will repopulate. We brainstormed some ideas for framework, and then decided to use Popcorn.js along with the Google Maps API for the project.

The web has been around for 20 years now and what has been accomplished in that time is quite astonishing. I think the technology will transition completely to mobile and that’s the next frontier.