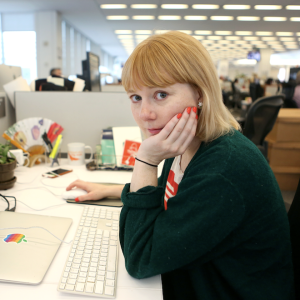 Before joining The Times, she was a staff writer at Slate, the lifestyle editor of GOOD Magazine, and a columnist at the Washington City Paper. Her work has appeared in ESPN the Magazine, Elle, The Book of Jezebel, Best American Sportswriting 2014, Best American Magazine Writing 2015, and Tomorrow Magazine, a one-shot publication about the future she co-founded. “Why Women Aren’t Welcome on the Internet,” her Pacific Standard feature on the online harassment of women, won a National Magazine Award for Public Interest.

She was raised in Wisconsin, Nevada, Washington and Arizona.