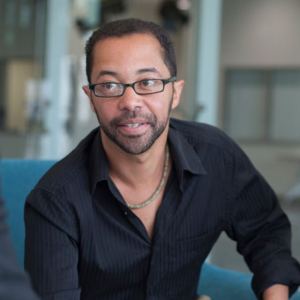 Lindsay is an associate professor at American University and founding director of the American University Game Lab and Studio. His game designs have received awards from the Games for Change Festival, Meaningful Play, Advances in Computer Entertainment and Gamescape. He has published more than 40 papers, articles and book chapters on games since 2009. His creative work has been selected for showcase in more than eight countries and 12 states, including New York, Paris, Rio De Janeiro, Singapore, Istanbul, Sao Paulo, Chicago and Vancouver. He has given talks at the Game Developer's Conference (GDC), SXSW, Games for Change Festival/Tribeca Film Festival, the Boston Festival of Independent Games and many others. He is currently the Vice President of the Global Game Jam™ and served on the board for the Digital Games Research Association (DiGRA) between 2013-2015. Lindsay served Miami University as the Armstrong Professor of Creative Arts at Miami University between 2009-2013. He founded the Persuasive Play Lab (PPL) and directed the Games Center within the Armstrong Institute for Interactive Media. The AIMS game center was co-founded with Sean Duncan and is currently lead by Bob Deschutter. Lindsay's research areas include game design, human-computer interaction, critical gameplay and design. He also writes about design and education. Lindsay has served industry as an independent consultant, web designer, software developer, entrepreneur, business analyst and writer.