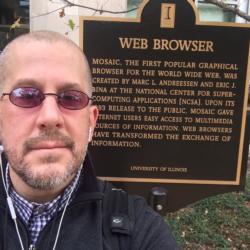 Kurt Gessler is the director of editorial operations at the Chicago Tribune and Tribune Publishing. Gessler also is an adjunct instructor for the University of Nebraska-Lincoln’s graduate program and has served as an adjunct instructor at Northwestern University’s graduate program. For his work on social media metrics and audience engagement, he was named to MediaShift’s 2017 MetricShift20 list of leaders in media metrics. Before coming to the Tribune in 2010, Gessler was Managing Editor/Online for the Daily Herald.