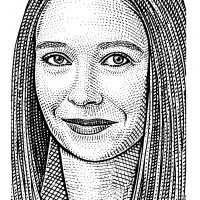 Kim Last is the head of live journalism and special content for The Wall Street Journal, serving as the top editor for live and virtual events organized by the newsroom. In her current role, Ms. Last oversees the team of journalists who shape the ideas, source the speakers and shepherd the subsequent news coverage that stem from Journal events. Ms. Last joined the Journal more than three years ago as deputy editor on the live journalism team where she expanded the popular Future of Everything Series, serving as its editorial director. Prior to joining the Journal, she led conference development at Vox Media, working alongside the Recode and Vox.com teams. Ms. Last also worked as a senior editor at Fast Company where she launched the inaugural Fast Company Innovation Festival and led special projects across print and video. A native New Yorker, Ms. Last studied political science and American studies at Washington College in Chestertown, Maryland. She lives in Brooklyn with her husband and miniature poodle.