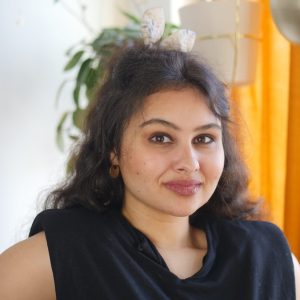 Iliana s a producer and writer who uses the layers of her identity as a Somali-American to understand the world.

She worked the voter suppression beat in 2020. In 2019-2021, she freelanced on international and domestic stories for VICE World News, Teen Vogue, Elle Magazine and Scalawag Magazine.

She helped digital launches at CBS News and BBC News. At CBS, she was a morning show producer and an Assignment Editor. At BBC, she produced several experimental shorts for the English, Arabic, and Persian services.

She’s working on a film based on her feature in Elle Magazine about a Facebook group that began by catching cheating men but later exposed violent officers during the Sudan revolution. She recently worked on the PBS documentary Mama Gloria as an Associate Producer, helping place the film into the Chicago Film Festival Official Selection.