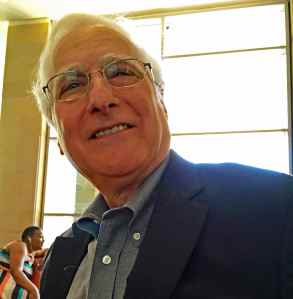 Howard Finberg is a retired US newspaper executive, educator, and consultant. He led the creation of some of the earliest news portals on the internet at The Arizona Republic, and is the creator of News University, an online education portal for journalists which at its height had more than 400,000 registered users. News University was created under the auspices of the Poynter Institute for Media Studies, a journalism think-tank and training center where Finberg has served in several roles since 2002. Finberg worked as an editor and manager at the Chicago Tribune, The New York Times, San Francisco Chronicle and Phoenix Newspapers. At Central Newspapers, parent of the Arizona Republic, he was vice president for internet strategies.