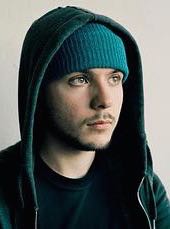 Tim is an American journalist whose unique style of interactive broadcast journalism exists at the intersection of social and mainstream media. As a Producer for VICE Media, he has covered major events around the world in places such as Istanbul, Cairo, and Sao Paulo. Tim's coverage for VICE.com, as well as his groundbreaking live stream coverage of the 2011 protest movement, has been featured by international media outlets including The Guardian, Reuters, The New York Times, NBC, FastCompany, and Al Jazeera English. In 2014 he joined Fusion as the Director of Media Innovation to help develop and utilize new technology such as livestreaming aerial drones, mobile software and hardware, and even Google Glass. Tim was featured in TIME's person of the year 2011, is a nominee to the TIME 100 in 2012, and was the recipient of the Shorty Award for Best Journalist in Social Media in 2013.