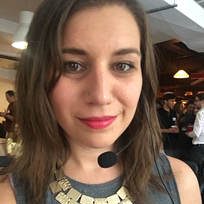 Sari Zeidler is the Director of Growth at Quartz. She is based in New York where she runs an international team of editors and marketers responsible for growing Quartz’s global audience. Sari joined Quartz from the BBC in London, where she launched the social media team for BBC Worldwide’s global feature sections. Before that she worked at The BBC and CNN in New York, Atlanta in Washington DC. Sari is passionate about developing digital audiences and experimenting with emerging technology.