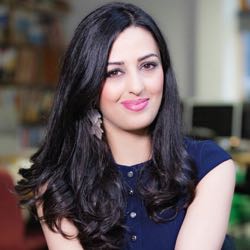 Razan is a Syrian news journalist with Storyful. She specializes in verifying social media content and videos from countries in the Middle East such as Syria, Iraq and Yemen. She has been involved in several major verification with partners including Channel 4, Al Jazeera and Google. Razan speaks regularly in the media on journalism, refugees and the situation in her own country, Syria.