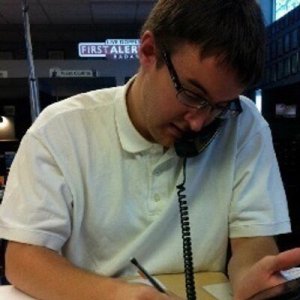 Max Walker is a Real-Time Editor at ABC15 in Phoenix, Arizona. There he guides daily newsgathering in support of the station’s weekday 10 p.m. newscast and works to ensure digital thinking is at the forefront of news coverage decisions.

He has been involved in digital journalism since completing his capstone in Advanced Internet Applications of Radio-Television Journalism at the University of Missouri in 2012.

Prior to working at ABC15, Max worked as a morning show producer and later as a digital editor for KCRG, the ABC affiliate in Cedar Rapids. While in Iowa, Max received an Emmy award for breaking news coverage and was in charge as the station’s Facebook page surpassed 100,000 followers in 2015.

When not in the newsroom, Max enjoys reading fiction and spending time with his dog, Gracie.