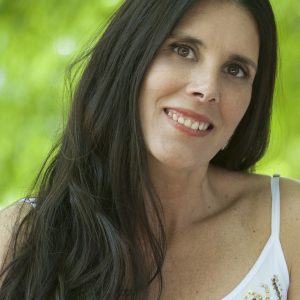 Laura Zommer. Executive and Editor-in-chief at Chequeado, the first initiative of fact-checking and verification of public speech in Latin America. Member of the Board of the International Fact-Checking Network, member of the Consultative Council of Sembramedia and the Brazilian site Gender and Number. Teacher of the Gabo Foundation and permanent collaborator of the newspaper La Nación. Laura has a Bachelor’s Degree in Communication Science at University of Buenos Aires, and is also a lawyer as well as an access to information and transparency activist. She is a professor of Right to Information at the Faculty of Social Sciences of the UBA and of the Master of Journalism at the University of San Andrés (Udesa). She worked at CIPPEC (2004-2012) as Director of Communications and at the Secretary of Internal Security of the Ministry of Justice (2003-2004). For her work as a journalist she has received more than half a dozen awards: among them, in 2015, the Gabriel García Márquez Award from Fundación Nuevo Periodismo Iberoamericana (FNPI) in the Innovation category for Chequeado and the expansion of fact checking in the region.