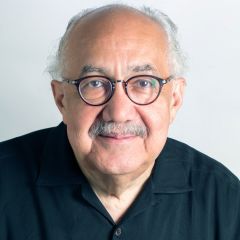 Joel Dreyfuss is a Haitian-American journalist whose career spans more than 40 years in U.S. media. He has been a writer, columnist, editor and news executive with large media companies and an entrepreneur and investor in new-media startups. During his career he has covered international stories in Asia, Latin America and Europe across a broad spectrum of topics. His thousands of interviews have ranged across categories: from James Brown to Steve Jobs to Toyota’s Shoichiro Toyoda.