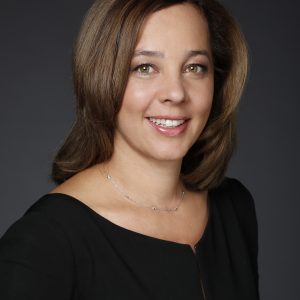 Janelle Rodriguez is NBC News’ Senior Vice President, Editorial. In this role, Rodriguez oversees NBC Nightly News with Lester Holt, the network’s new streaming service NBC News NOW, and the NBC News Health, Business & Tech and Weather units. She also manages newsgathering for MSNBC Dayside. Rodriguez joined NBC News in January 2015. Previously, she served as Vice President of Programming for CNN, where she led all dayside and weekend programming for the network. At CNN, she was credited with directing award-winning coverage of many breaking news events and with driving greater collaboration. Variety honored Rodriguez as a Daytime TV Impact Honoree in 2013. Rodriguez has won three Emmy Awards for Election Night coverage as well as for Hosni Mubarak stepping down as President of Egypt in 2011. She also earned Peabody Awards for reporting of the Gulf Oil Spill, the 2008 presidential primary campaigns, and for coverage of Hurricane Katrina and was part of the CNN team that won an Alfred I. DuPont Award for coverage of the tsunami in Southeast Asia in 2005. Rodriguez led all of CNN’s cross-platform coverage of the 2011 Royal Wedding, resulting in a Shorty Award for Best Use of Video in a Social Media Campaign. Rodriguez holds a Bachelor’s degree in Rhetoric from the University of California, Berkeley and a Master of Fine Arts degree in Film Production from San Francisco State University.