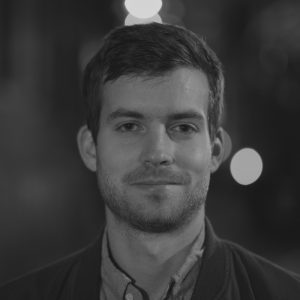 Harry Backlund is the Co-Founder and Director of Operations at City Bureau, a civic journalism nonprofit based on the South Side of Chicago working to build more equitable and locally responsive media practices. City Bureau trains emerging journalists in community-based reporting practices, hosts a free weekly public workshop series, and pays Chicagoans to cover public meetings in their neighborhoods. Prior to City Bureau, Harry was Director of Operations at the Invisible Institute, a
Chicago-based journalism production company working on issues surrounding police accountability, and the founding Publisher of the South Side Weekly, a community newspaper in Chicago.