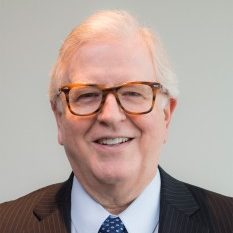 Gene Policinski is chief operating officer of the Freedom Forum Institute and of the Institute’s First Amendment Center. A veteran multimedia journalist, he also writes, lectures and is interviewed regularly on First Amendment issues.

Policinski, a founding editor of USA Today, oversees all programs of the Freedom Forum Institute and also is a longtime proponent of diversity in journalism as an essential characteristic of a free press. He speaks and writes regularly on news gathering and reporting, newsroom diversity and on journalism ethics.

Policinski co-writes the weekly, nationally distributed column, “Inside the First Amendment.” He is host of the online news program “Journalism/Works,” produced by the Newseum and was host of several radio programs airing since the mid-1990s, including news and sports talk programs on “USA TodaySky Radio” and “Newseum Radio,” which aired on NPR worldwide from 1998 to 2002. He is a contributor to the recent American Bar Association book, “Whistleblowers, Leaks and the First Amendment,” providing a section on First Amendment issues and a free press.

Policinski was Washington editor of USA Today when it launched in 1982, and held several news executive positions at the newspaper, including managing editor of sports, beginning in 1989. In 1996, Policinski began working at the Freedom Forum, the foundation that is the principal funder of the Newseum and Freedom Forum Institute.

Policinski has worked in print, TV, radio and online. In addition to his work in radio, he was executive producer of the public television program “Speaking Freely,” which aired from 2001 to 2004 — a program later recognized with a special “Emmy Award” by the Mid-South chapter of the National Academy of Television Arts and Sciences.