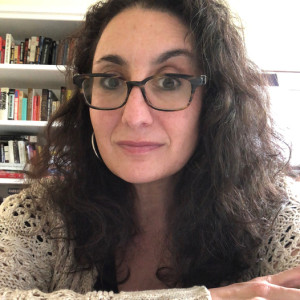 Edie Rubinowitz is an Associate Professor of journalism at Northeastern Illinois University in Chicago. In her 13 years there, she has created the journalism minor, led the internship program and advised the student newspaper. She is currently enjoying teaching a Solutions Journalism class. As a recipient of a 2018 Online News Association Challenge grant, she and her students and alumna produced “DACAmenation,” a podcast about Dreamers and DACA recipients that aired on Spanish Public Radio. She was a reporter for Chicago Public Radio for several years. Later she helped launch its sister station, Vocalo, and contributed to the engagement podcast Curious City. She has received several Associated Press awards and a few fellowships including the International Reporting Project and the Carter Center Mental Health Journalism fellowship. She is a graduate of Northwestern University’s Medill School of Journalism and Harvard’s Kennedy School of Government.