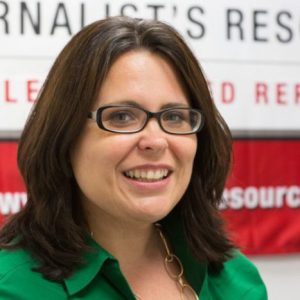 Denise-Marie Ordway is the managing editor of Journalist’s Resource, a project of Harvard Kennedy School's Shorenstein Center on Media, Politics and Public Policy. She has worked as a reporter for newspapers and radio stations in the U.S. and Central America, including the Orlando Sentinel and Philadelphia Inquirer. Her work also has appeared in publications such as USA Today, The New York Times and Harvard Business Review. She has received multiple national, regional and state-level journalism awards and was named as a Pulitzer Prize finalist in 2013 for an investigative series she led that focused on hazing and other problems at Florida A&M University. Ordway was a 2014-15 Fellow of Harvard’s Nieman Foundation for Journalism. She also serves on the board of directors for the national Education Writers Association. @deniseordway