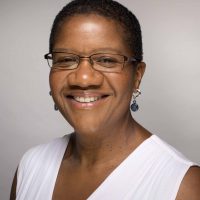 Cathy Straight is Vice President of Features and Opinion for CNN Digital, overseeing all beats and views that expand beyond hard news coverage. Straight works to align and amplify CNN Digital’s content diversity, including key beats like entertainment, culture, wellness, travel, style, space, relationships, identity, and a diverse range of contributors and voices. In life before CNN, Straight was Senior Assignment Editor for the national news team at USA Today, Managing Editor at the St. Paul Pioneer Press and Assistant Managing Editor at The Tennessean. In 2005 she was part of a Knight Ridder team of journalists dispatched to the Mississippi Gulf Coast for local and national coverage of Hurricane Katrina for the Sun Herald newspaper, whose coverage won the 2006 Pulitzer Prize for Public Service. At CNN Digital Straight previously held the role of executive editor of national news, overseeing digital coverage of the top U.S. national news stories of the day for nearly seven years. She led the formation of CNN’s Race and Equality team and took leadership on CNN’s award-winning 5 Things Newsletter. Straight, a native of Mississippi, holds a bachelor’s degree in journalism from the University of Southern Mississippi, where she was inducted into the School of Mass Communication and Journalism Hall of Fame in 2007.