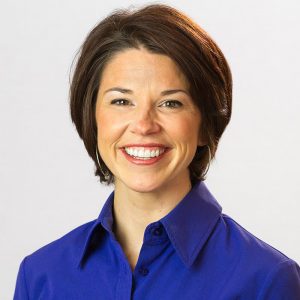 Bernadette Woods Placky is an Emmy Award winning meteorologist and director of Climate Matters. Before coming to Climate Central, she spent more than a decade in TV at WJZ in Baltimore, WLEX in Lexington, KY, and KNWA in Fayetteville, AR. Bernadette began her career at AccuWeather, Inc. Bernadette is a proud Penn State University alumni where she remains involved as a GEMS board member (Graduates of Earth and Mineral Science) and Meteorology Advisory Board member. She is an active member of numerous American Meteorological Society committees and carries both TV certifications. Bernadette also serves as a trustee at The Watershed Institute in central New Jersey.