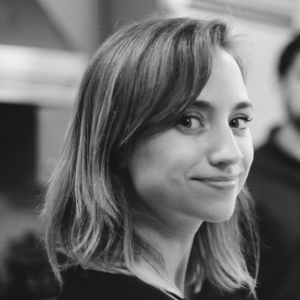 Averie Timm has produced and directed immersive documentaries filmed around the world, including The Turnaround: Your World in 360, a groundbreaking VR news series created by RYOT and Youtube, and The Intercept’s first-ever 360 documentary, “Rich Port: Capitalism and Colonialism in Puerto Rico.” She is an Executive Producer of the scripted VR film Dinner Party that premiered at Sundance Film Festival ‘18, and recently produced the short-film “We Need Space” with Refinery29 dedicated to female aerospace engineers.