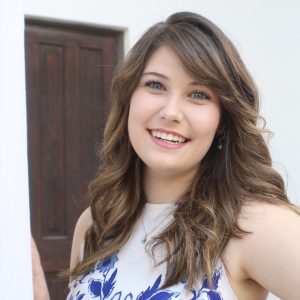 Ashlyn Webb is a senior journalism and international affairs major at the University of Georgia from Carrollton. Aside from her studies, Webb reports for l3 WMAZ in Macon, Georgia, and Flagpole Magazine in Athens, Georgia. This fall, she is also participating in the university student newscast, Grady Newsource, where she reports and produces for digital and broadcast.

Webb has served in several different positions at The Red & Black student newspaper and WUOG 90.5 FM. She has previously interned at FOX 5 Atlanta with their investigative unit and 13 WMAZ in Macon, Georgia. In summer 2018, she studied abroad and reported in Munich, Germany, with the Grady College Travel Journalism program.

As for leadership roles, Webb serves as the UGA chapter president of Online News Association and Society of Professional Journalists, UGA student coordinator of Investigative Reporters and Editors, and is a member of the Peabody Student Honor Board. She is also a member of Di Gamma Kappa, UGA’s Broadcast Society.

Webb has also taken part in the COX Institute Mobile News Lab during Fall 2018 and 2019 and was previously named a 2019 Levin Leader and a 2019 Society of Advanced Business Editing and Writing (SABEW) fellow.