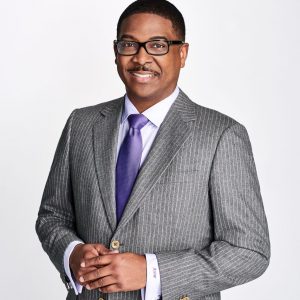 Anzio Williams is the Senior Vice President of Diversity, Equity and Inclusion for the NBCUniversal Owned Television Stations division. The division includes 42 NBC and Telemundo local television stations, regional news network NECN and their associated websites and digital platforms, national multicast networks COZI TV and TeleXitos, as well as NBCLX, a TV and streaming network designed for Gen Z and millennial audiences, a group of out-of-home properties, and in-house marketing and promotions companies. Williams was named to this role in August 2020. In this role, Williams is responsible for developing and implementing a comprehensive strategy that will make diversity and inclusion a top priority across NBCUniversal’s owned stations group. Before this, Williams was Vice President of News for NBC10 / WCAU and Telemundo 62 / WWSI for eight years. A respected broadcast professional with 27 years of experience, Williams has worked at TV stations all across the country and held numerous leadership roles with increasing responsibility all-the-while mentoring and coaching colleagues and journalists to help them advance in their careers. As Vice President of News for NBCUniversal’s Philadelphia stations, Williams played a key role in the stations’ successful move to their new state-of-the-art facility located within the Comcast Technology Center. He also spearheaded the integration and launch of WWSI, the Telemundo-owned station that has ranked as Philadelphia’s #1 most-watched Spanish-language TV station for local news among key demo groups for many years. At WCAU/WWSI, he’s managed the news teams’ coverage for the most impactful stories including the 2020 protests for social justice, the Eagle’s 2018 Superbowl win, the deadly Amtrak derailment, Pope Francis’s visit to Philadelphia, and Hurricane Sandy’s devastation and recovery efforts, among others. Prior to joining NBCUniversal, he spent 12 years with Hearst Television working as News Director at KCRA in Sacramento and WDSU in New Orleans. At WDSU, he spearheaded the station’s coverage of Hurricane Katrina, the storm’s aftermath and multi-year recovery efforts. Before this, he worked as Assistant News Director at NBC affiliate stations in Orlando, Florida and Charlotte, North Carolina. At WESH, he managed the team’s coverage for the biggest hurricane season in Florida while at WCNC he directed the team’s reporting on the Columbia Shuttle disaster. Before this, he oversaw newscasts and special sports programming for WLWT in Cincinnati, and managed weekend news coverage at WSVN in Miami. He launched his career in broadcast as a Sports and News Producer for WFMY in Greensboro, North Carolina. A recipient of nine Emmy Awards for Outstanding Achievement, Best Newscast, Breaking News and Continuing Coverage, he was a member of news teams honored with six Edward R. Murrow and two George Foster Peabody Awards. Williams earned a bachelor’s degree in Broadcast News from North Carolina A&T University and a Masters of Business Administration degree from Temple University’s Fox School of Business Executive MBA program. He is a member of the National Association of Black Journalists, the Urban League of Philadelphia, 100 Black Men of Philadelphia, and is a Board Member for the American Association of Diabetes Philadelphia Chapter.